Over the past year and a half, the topic of whether a capital gains tax breaches state law has been quite contentious. There have been many arguments that it is an income tax, which is not permitted under Washington State’s Constitution, rather than an excise tax as described by the legislature.

To provide background, on May 4, 2021, the State of Washington passed a capital gains tax effective January 1, 2022.  You can find additional information and details in a previous Shannon & Associates article linked here. The tax is estimated to impact roughly 7,000 taxpayers and generate ~$415M with the first tax payment(s) for calendar year 2022 due no later than April 18, 2023.

Given the controversial nature of the legislation and tax, numerous lawsuits were subsequently filed and made their way through the courts.  During the early part of this year, one such case was heard by the Douglas County Supreme Court which deemed the tax unconstitutional under state law.

Judge Brian Huber stated that the tax “shows the hallmarks of an income tax rather than an excise tax” and additionally, that if an excise/property tax, then it exceeds the maximum 1% rate as well as violates the uniformity requirement given the tax is only imposed on capital gains above a certain threshold ($250k).

The Douglas County decision was quite a victory for opponents of the tax but was also quickly followed by numerous appeals. In July 2022, the case, Quinn v. State of Washington, was ultimately moved up the ladder to be heard by the state Supreme Court. They will begin hearing oral arguments on the case on January 26, 2023.

In November, given the state of uncertainty surrounding the new law and tax, Washington State Attorney Bob Ferguson filed a motion to the state Supreme Court to allow the Department of Revenue (DOR) to continue administration pending their final decision. Following the request, they issued a stay on the previous lower court (Douglas County) ruling. The stay allows DOR to continue proposed rulemaking and guidance around implementation, as well as collection of the tax.

As things stand currently, the Washington State capital gains tax remains in effect and taxpayers should prepare accordingly for the possibility of needing to remit a tax payment. If/when deemed unconstitutional by the state Supreme Court, any payments would be ‘promptly refunded with interest’ per DOR. There remains limited guidance on what penalties may be applicable for late payment of the tax.

Although we are hopeful a decision will be made promptly once hearing proceedings begin in January, it must be noted that a decision may not be made until several months after argument. Unless a court decision is made prior to April 18th (the original tax due date), a tax return or extension payment will be required for applicable taxpayers.

Realistically, we anticipate a decision no later than the extended return filing deadline of October 16. Unfortunately, however, we are stuck in a state of limbo until the Supreme Court makes a decision.

If you have any questions or require assistance with planning for the Washington Capital Gains Tax, please contact us. 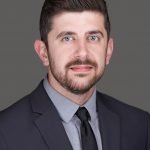 Kevin has seven years of public accounting experience and has worked within a wide range of industries, with his focus in the field of professional services. He has worked with both individual and business clients on federal, state, and local tax compliance issues. Kevin has assisted clients with tax planning, return preparation, sales and acquisitions, due diligence, financial analysis and has experience advising small to medium-sized, closely-held businesses on matters including payroll, cash flow, accounting systems, and retirement.